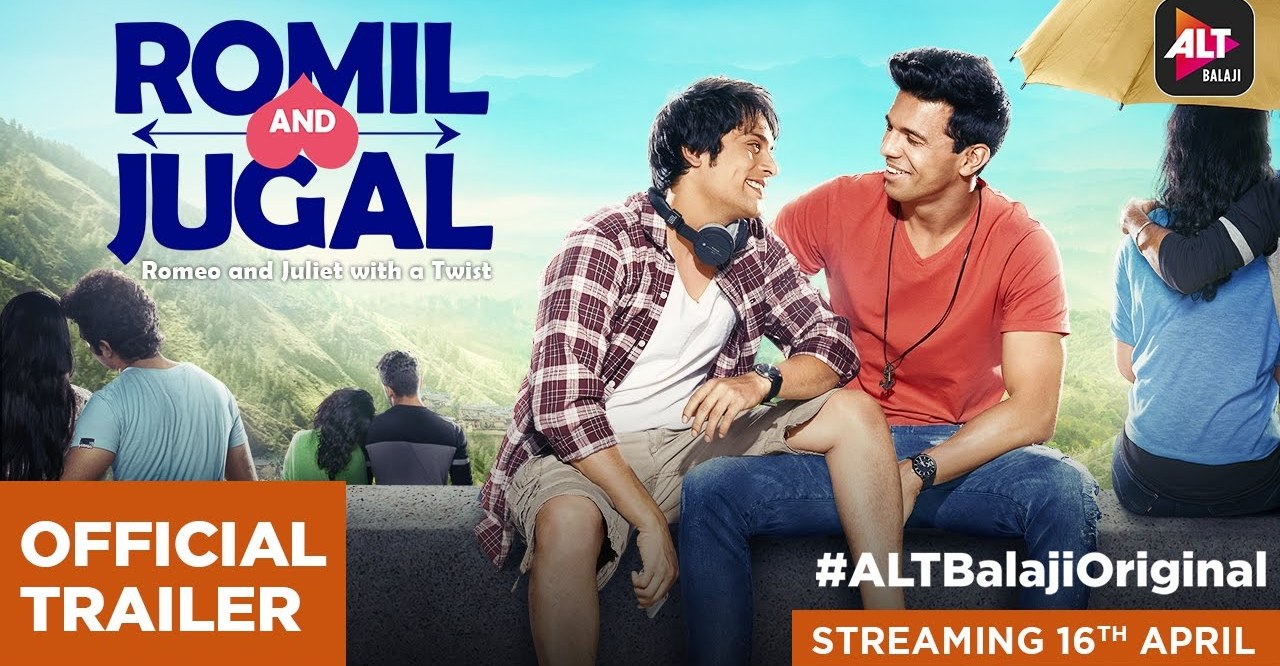 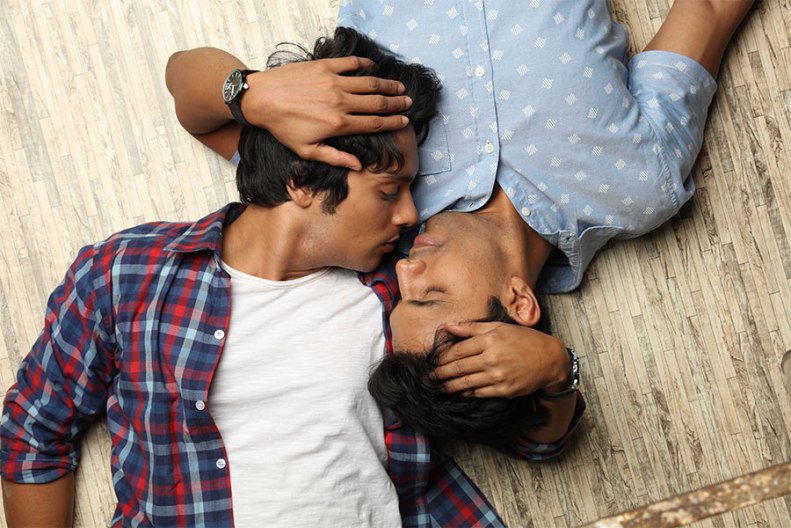 Romil and Jugal is one of the latest ventures on the AltBalaji web entertainment channel. The website mentions the channel as “a subsidiary of Balaji Telefilms Limited… the Group’s foray into the Digital Entertainment space.” It says that its aim is “to reach out directly to individual audiences, by providing them with original, exclusive and tailor-made shows, that they can access at their fingertips.” And this is absolutely true – well, at least in the case of this new webseries.

Romil and Jugal encapsulates for the first time two male leads who fall in love with each other. It is a pioneering effort by an Indian cast and production team for an Indian audience. Suffice it to say, I have not seen a story that deals with homosexual love by the Indian film or television fraternity so sensitively ever before.

The series has its first season of ten episodes. The first five are free on the channel and the concluding five of the season can be purchased by a minimum fee of Rs 100/- Trust me, it’s a hundred bucks worth spent. I wouldn’t go so far as to call it the Indian version of “Queer as Follk”, it surely is a valiant and very commendable effort to get there.

The story is based loosely on William Shakespeare’s “Romeo and Juliet”. Romil (Rajeev Siddhartha) belongs to a Delhi-based Punjabi family and Jugal (Manraj Singh) belongs to a South Indian family that hails from Chennai. Rajeev has done a massively powerful enactment of the typical macho man, who has buried his sexuality deep within his consciousness. His coming out process is disturbingly painful and, sadly, what will be vastly relatable to so many from the Indian gay milieu. Jugal has portrayed his role of the guy who knows who he is and keeps a quiet dignity through the series, until the very end where even he goes through a subtle growing up that can only be classified as human. They both have brilliant chemistry on screen and it’s a pleasure to watch them fall in love.

I have never watched Indian television, in decades, because I feel after shows like Tamas, Humlog, Buniyaad, Ye Jo Hai Zindagi, Khaandaan, Indian television didn’t do much in raising the bar in individual empowerment, or even basic good story-telling. I began watching Balika Vadhu at its inception, but look how that turned out. I have no idea how Romil and Jugal will do eventually, but the first season was a brilliant step ahead, in the right direction.

The story follows these two ‘teenagers’ through school. The first crush, the first kiss, the dating, the celebration of love. The scenes that stand out for me particularly, and which were so relatable, was Jugal’s coming out to his family. Personally, I remembered the nights of concern, the utter fear of rejection from the people I love, and finally, the breaking of the dam, as you, with your throat constricting, tell your parents that you are gay. I also in particular loved the character of Meghna, Jugal’s best friend. Most of us gay boys have had that one girl who has stood by us through the darkest of times, and she was completely awesome.  The story is further empowered by brilliantly enacted character roles.

In essence, the writer Ishita Moitra, has tried to give a voice to everyone who has been a part of the gay diaspora. The boys who feel alienated, the friends who support and the friends who reject, the parent who is understanding, the parent who is not, the sister who hurts, loves and accepts, the best friend who protects. These are elements that were such a pleasure to watch. The comedy was necessary, and it wasn’t such that would be cringe-worthy. Maninee Mishra is just terrific casting for this. I understand how the tempo had to be played in order for everyone in the audience to be appeased. (Hopefully, they were, I certainly was.)

I wasn’t surprised to learn that it was directed by a woman, Nupur Asthana. The sensitivity and thoughtfulness to detail, the nuance of what has to be restrained and what has to be shown, all so brilliantly captured by this lady’s vision.

Finally, I must say that whether or not people will watch it, this show will forever be marked in history as the first to boldly go where no one has gone before. Sorry, Trekkie fans, for the cheesy innuendo dealing – but this is exactly how I feel.

A great big thank you and bravo to the entire team of AltBalaji. Looking forward to Season 2.