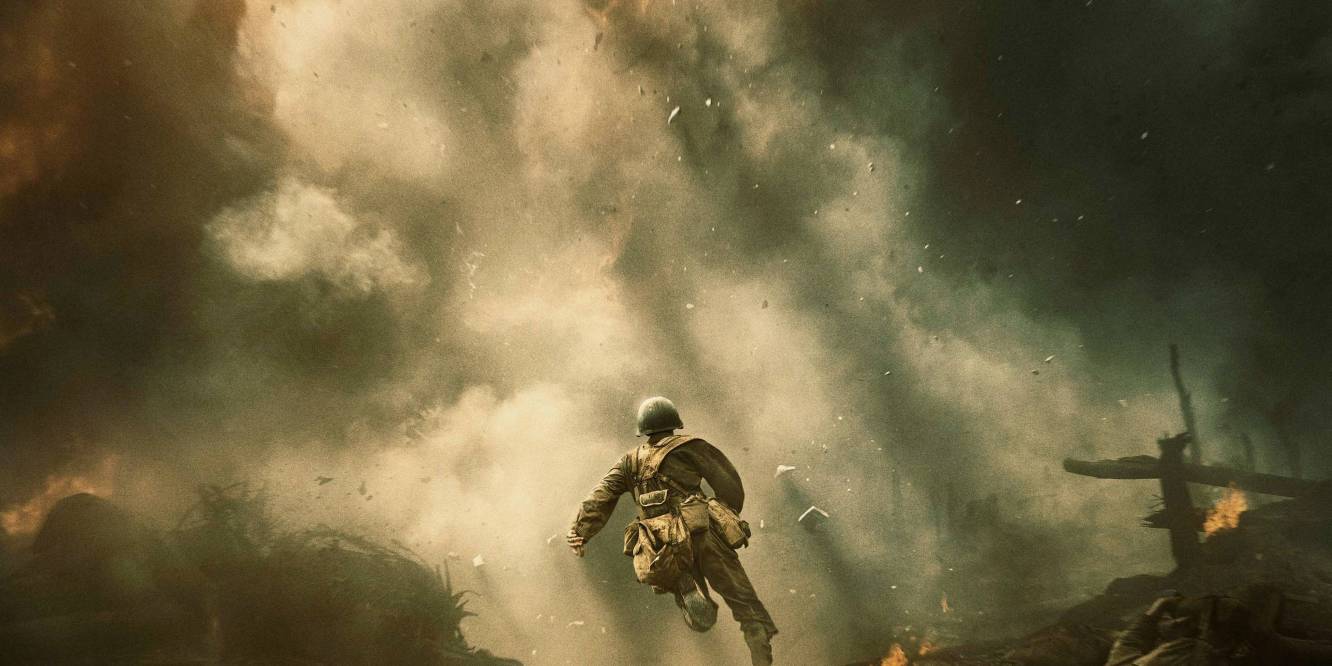 I just finished seeing Hacksaw Ridge and I came here to write down my feelings, because I have been moved deeply by the movie. Mel Gibson has always been a favoured director, and though I will say, only Steven Spielberg can make War seem like a Wilfred Owen poem, full of pathos and terrible beauty, Gibson doesn’t fall short of depicting the horror that is War. I still think of Schindler’s List as superlative when we talk of War movies, but Hacksaw Ridge is a very worthy attempt at the genre, and it speaks so beautifully of the central idea of conscientious objection.

Gibson has this knack for bringing light into pain. He did this right from his first directorial venture – he takes every shred of pain and makes it burst from visual sinews on screen. No doubt from the beginning there has always been an element of sadism in his point of view, and the scene where the child uses a brick to lash out, embodies his art, but I will admit, that from this burst of horror we are shown the clamouring into relief. It’s the flagellation of Christ that resurrects the soul and makes beauty burst out of that golden iris, so much so that tears rain down from heaven. It’s like childbirth almost, complete pain, tearing of tissue, viscous and bloody that leads finally up to an ease and love which makes one forget that the pain existed in the first place.

The movie depicts the religious undertones strongly, especially those of baptisms and ascensions, considering the director is after all, Mel Gibson, and though I am an atheist I admit I am a fan of his work, if you couldn’t already tell. Being an atheist, I can still relate to the movie, because peace is something we all desire, irrespective of varying beliefs in theology or the lack thereof. And considering the times we live in, the anti-war theme is bang on.

I think this movie deserves many more accolades than it has already received. I cried through quite a few of its scenes, because being a non-aggressionist and anti-militarist, I could understand the concerns that the movie speaks of. Desmond Doss is certainly a hero, and that is not just because he sticks to what he believes in, but because being a pacifist isn’t the same as being a coward, which he valiantly proves – without intending to, which is the point of it all.

Andrew Garfield has done an exemplary job as this wry young man who has the courage to stick to his convictions, through some pretty rough times. But I will say that Hugo Weaving stays in my mind, he has done some fantastic work in the movie and deserves a special mention, as the soldier from the Great War, who has let his PTSD overtake his life, transforming him into an uncaring and abusive father and husband. His character graph is so well-wrought, leading right up to his being there for his son, when the latter needed him the most.

Mel Gibson is back, and he uses some very good actors, like Vince Vaughn and Sam Worthington, to bring his vision to life. The battle scenes are crafted almost like they echo the burst of a machine gun. I always equate a great battle scene to the first few minutes of Saving Private Ryan, and the battle reenactment of Okinawa, though doesn’t surpass Spielberg, it surely stands beside. The utter chaos of War is what Gibson tried to show and for me he succeeds brilliantly.

This movie makes you cheer for Desmond Doss; it shows the strength of his character, it voices the madness that is War, the bravery of those who participate in it, the cruelty of it by itself and portrays the surreal upliftment of Mercy and Succour.

I am very glad you are back in the Director’s chair, Mel!